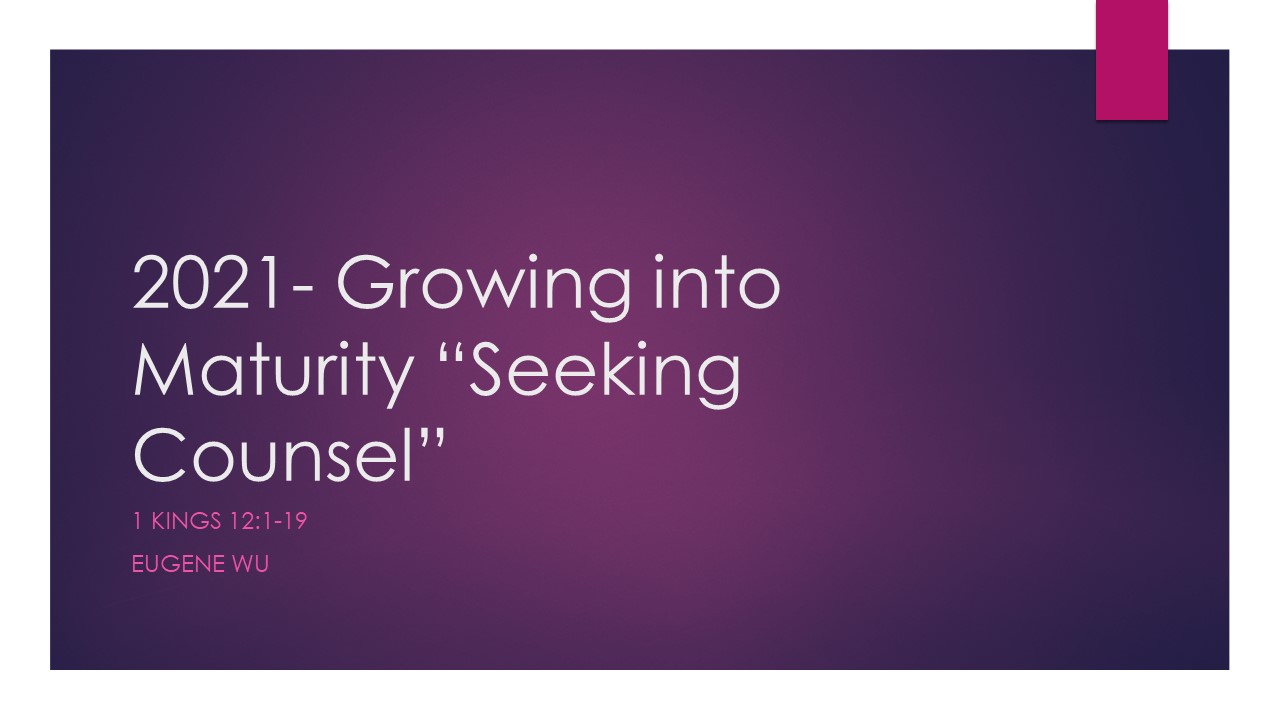 Rehoboam went to Shechem, for all Israel had gone there to make him king. 2 When Jeroboam son of Nebat heard this (he was still in Egypt, where he had fled from King Solomon), he returned from Egypt. 3 So they sent for Jeroboam, and he and the whole assembly of Israel went to Rehoboam and said to him: 4 “Your father put a heavy yoke on us, but now lighten the harsh labor and the heavy yoke he put on us, and we will serve you.”

5 Rehoboam answered, “Go away for three days and then come back to me.” So the people went away.

6 Then King Rehoboam consulted the elders who had served his father Solomon during his lifetime. “How would you advise me to answer these people?” he asked.

7 They replied, “If today you will be a servant to these people and serve them and give them a favorable answer, they will always be your servants.”

8 But Rehoboam rejected the advice the elders gave him and consulted the young men who had grown up with him and were serving him. 9 He asked them, “What is your advice? How should we answer these people who say to me, ‘Lighten the yoke your father put on us’?”

10 The young men who had grown up with him replied, “These people have said to you, ‘Your father put a heavy yoke on us, but make our yoke lighter.’ Now tell them, ‘My little finger is thicker than my father’s waist. 11 My father laid on you a heavy yoke; I will make it even heavier. My father scourged you with whips; I will scourge you with scorpions.’”

12 Three days later Jeroboam and all the people returned to Rehoboam, as the king had said, “Come back to me in three days.” 13 The king answered the people harshly. Rejecting the advice given him by the elders, 14 he followed the advice of the young men and said, “My father made your yoke heavy; I will make it even heavier. My father scourged you with whips; I will scourge you with scorpions.” 15 So the king did not listen to the people, for this turn of events was from the Lord, to fulfill the word the Lord had spoken to Jeroboam son of Nebat through Ahijah the Shilonite.

16 When all Israel saw that the king refused to listen to them, they answered the king:

“What share do we have in David,
what part in Jesse’s son?
To your tents, Israel!
Look after your own house, David!”

18 King Rehoboam sent out Adoniram, who was in charge of forced labor, but all Israel stoned him to death. King Rehoboam, however, managed to get into his chariot and escape to Jerusalem. 19 So Israel has been in rebellion against the house of David to this day.