The Great I Am 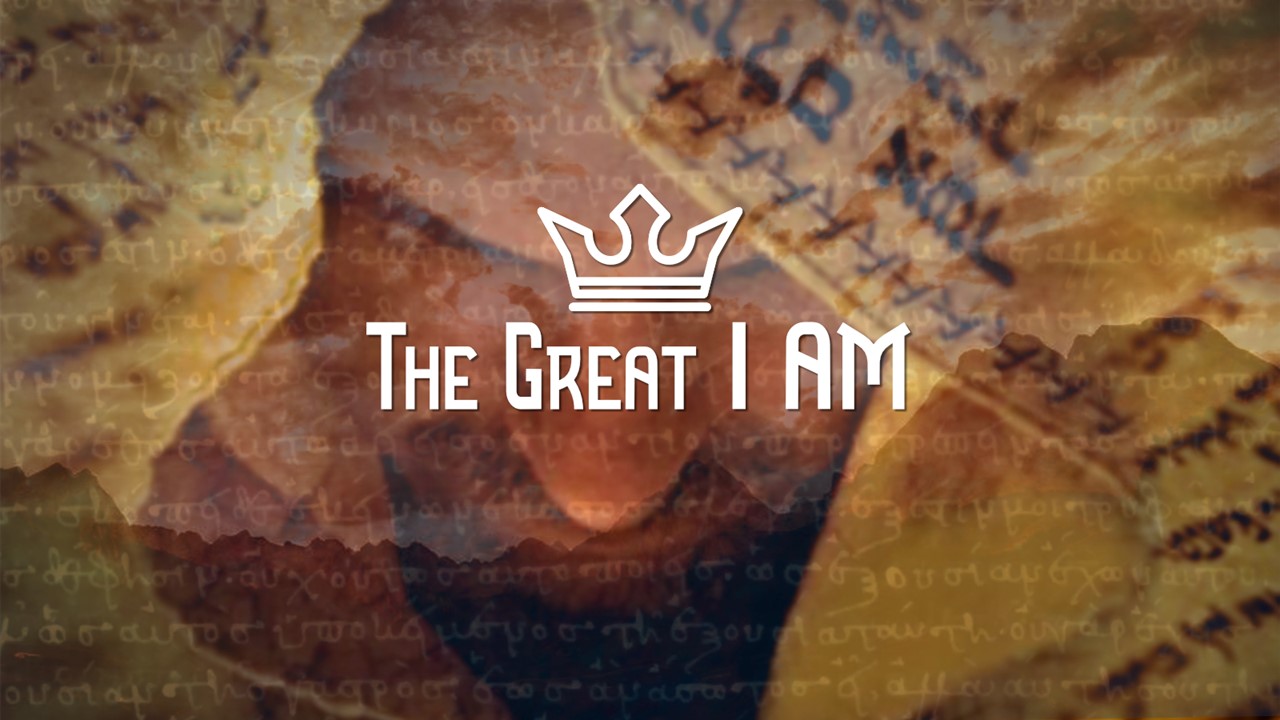 At the burning bush God revealed His name as the Tetragrammaton, the four-letter Hebrew word that is transliterated as YHWH and articulated as Yahweh.  Owing to the peculiarities of Hebrew grammar it means "I am," "I was," and "I will be."  The revelation might be seen as a promise ("I will be with you") or as statement of incomparability ("I am without equal”).

The name of God was treated with extreme reverence that its utterance was prohibited and instead pronounced as "Adonai" (“My Lord”).  The written Tetragrammaton was also treated with such sanctity that it could not be disposed of regularly, lest it be desecrated, but was put in long-term storage or buried in Jewish cemeteries.

About 15 centuries later Moses, Jesus of Nazareth began to proclaim the Kingdom of God.  Time and again He referred to Himself as the I Am.  Those who deem it a coincidence or cultural faux pas should note the reaction of the Jews: “‘We are not stoning you for any good work,’ they replied, ‘but for blasphemy, because you, a mere man, claim to be God.’” (John 10:33)

Make no mistake, Jesus of Nazareth was indeed declaring Himself to be the God of Moses and the One who created the universe. “I am telling you… so that… you will believe that I am who I am.” (John 13:19)

In this evangelistic sermon series we shall examine the distinct I Am statements of Jesus and how they apply to us.  Each addresses an innate need of modern man and the gospel embedded in Christ’s identity. 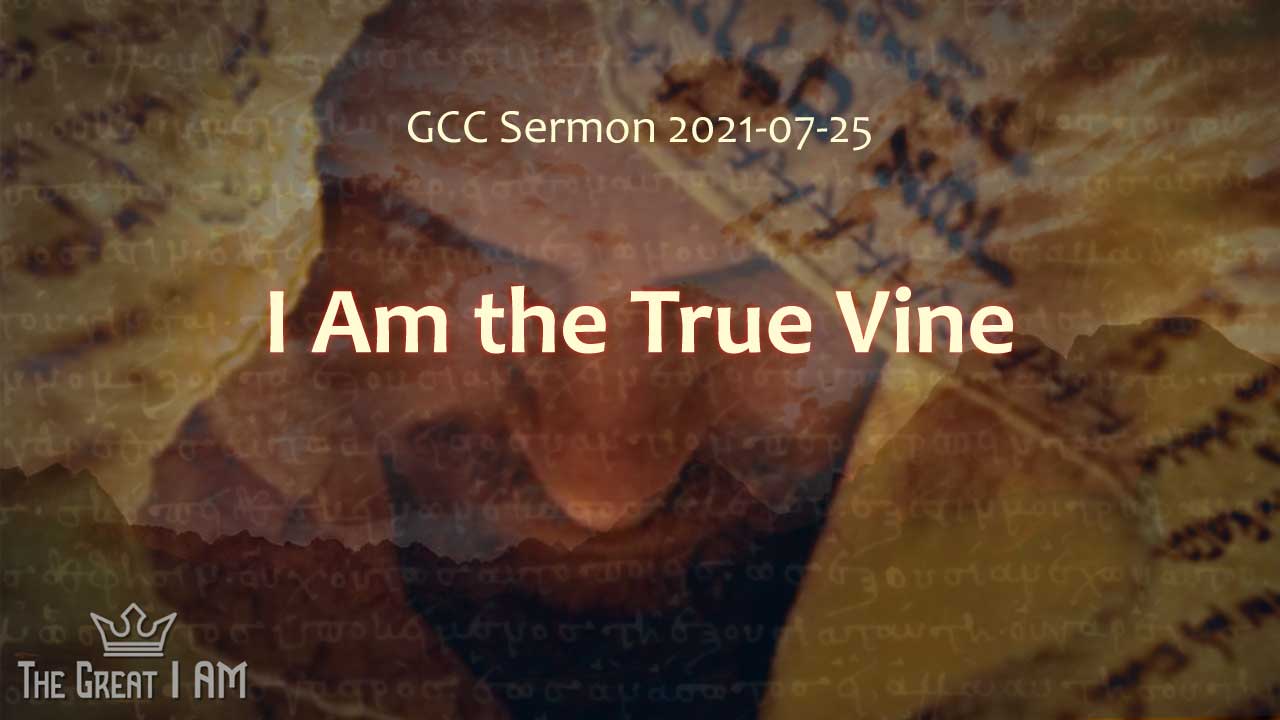 I am the True Vine

The Vine and the Branches

“I am the true vine, and my Father is the gardener. 2 He cuts off every branch in me that bears no fruit, while every branch that does bear fruit he prunes so that it will be even more fruitful. 3 You are already clean because of the word I have spoken to you. 4 Remain in me, as I also remain in you. No branch can bear fruit by itself; it must remain in the vine. Neither can you bear fruit unless you remain in me. 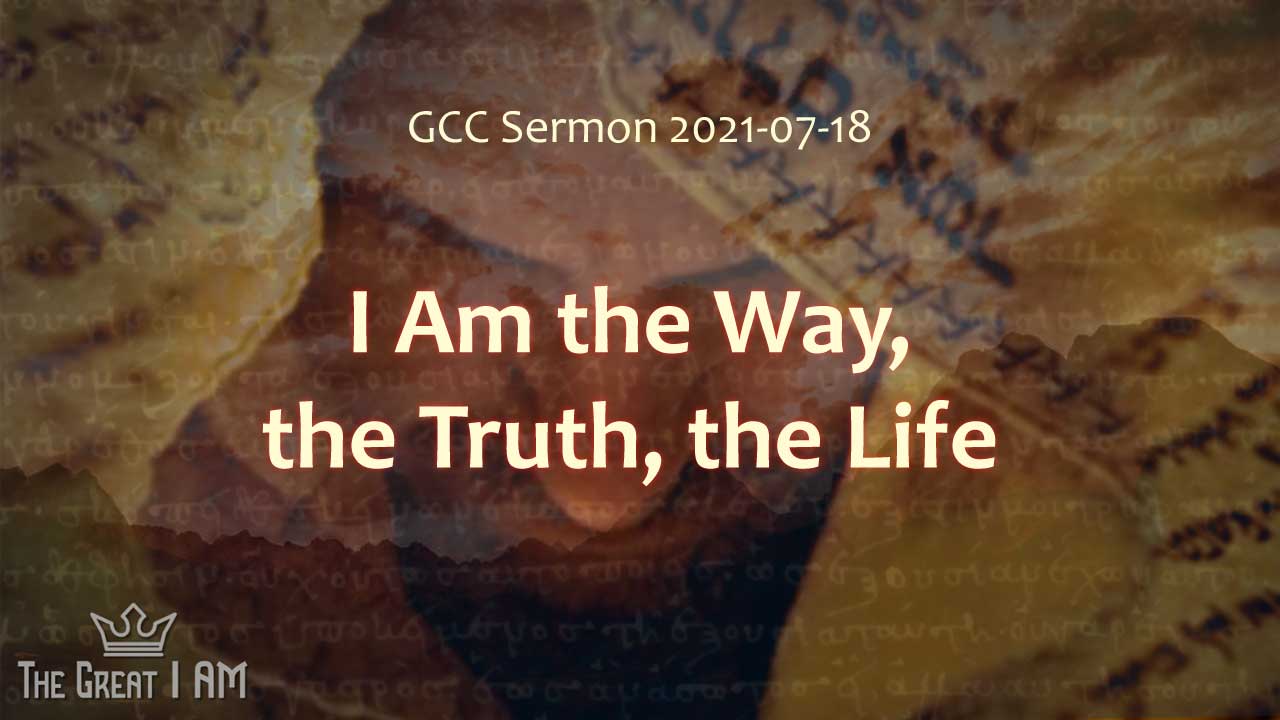 I Am the Way, the Truth, the Life

“Do not let your hearts be troubled. You believe in God; believe also in me. 2 My Father’s house has many rooms; if that were not so, would I have told you that I am going there to prepare a place for you? 3 And if I go and prepare a place for you, I will come back and take you to be with me that you also may be where I am. 4 You know the way to the place where I am going.” 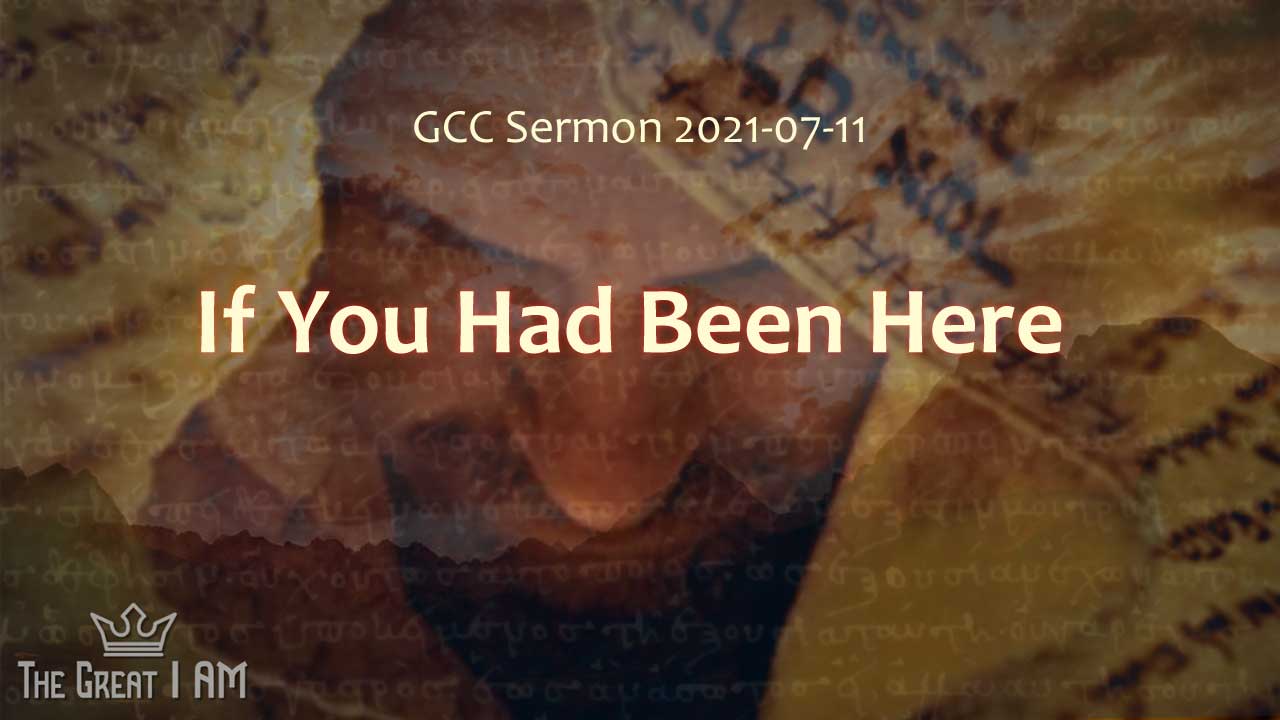 If You Had Been Here

Jesus Comforts the Sisters of Lazarus

On his arrival, Jesus found that Lazarus had already been in the tomb for four days. 18 Now Bethany was less than two miles from Jerusalem, 19 and many Jews had come to Martha and Mary to comfort them in the loss of their brother. 20 When Martha heard that Jesus was coming, she went out to meet him, but Mary stayed at home. 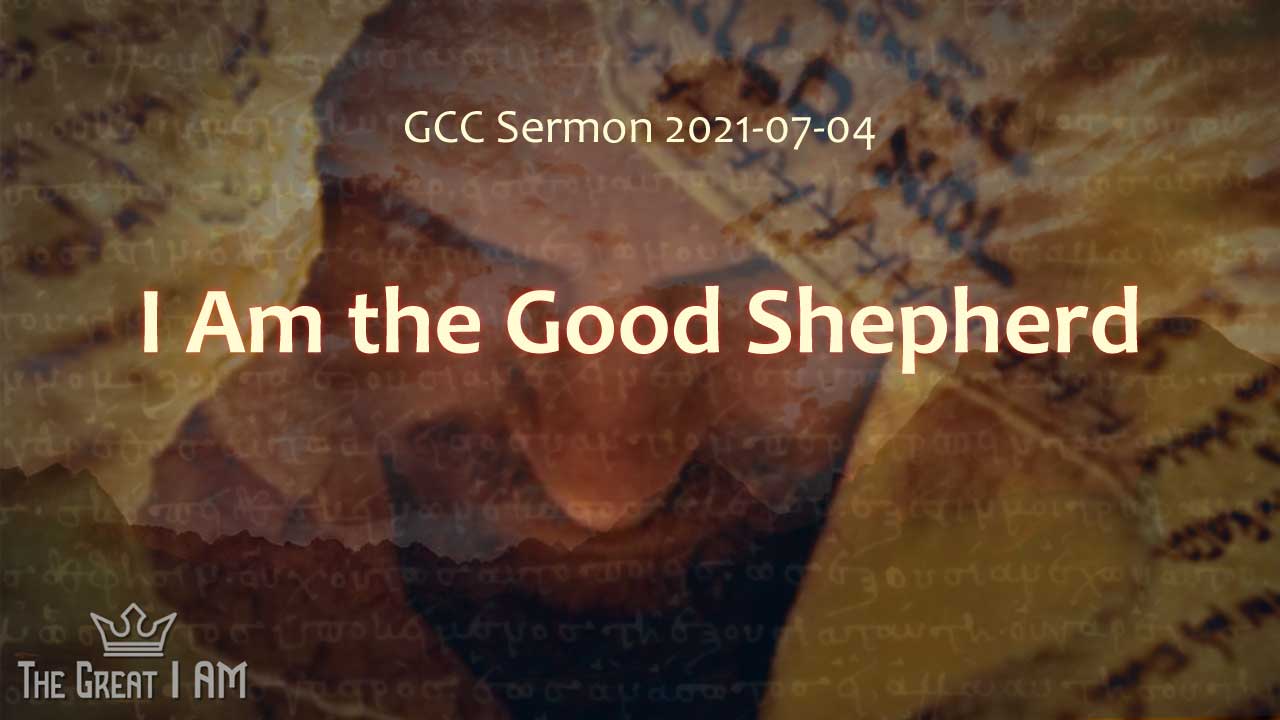 I Am the Good Shepherd

The Good Shepherd and His Sheep 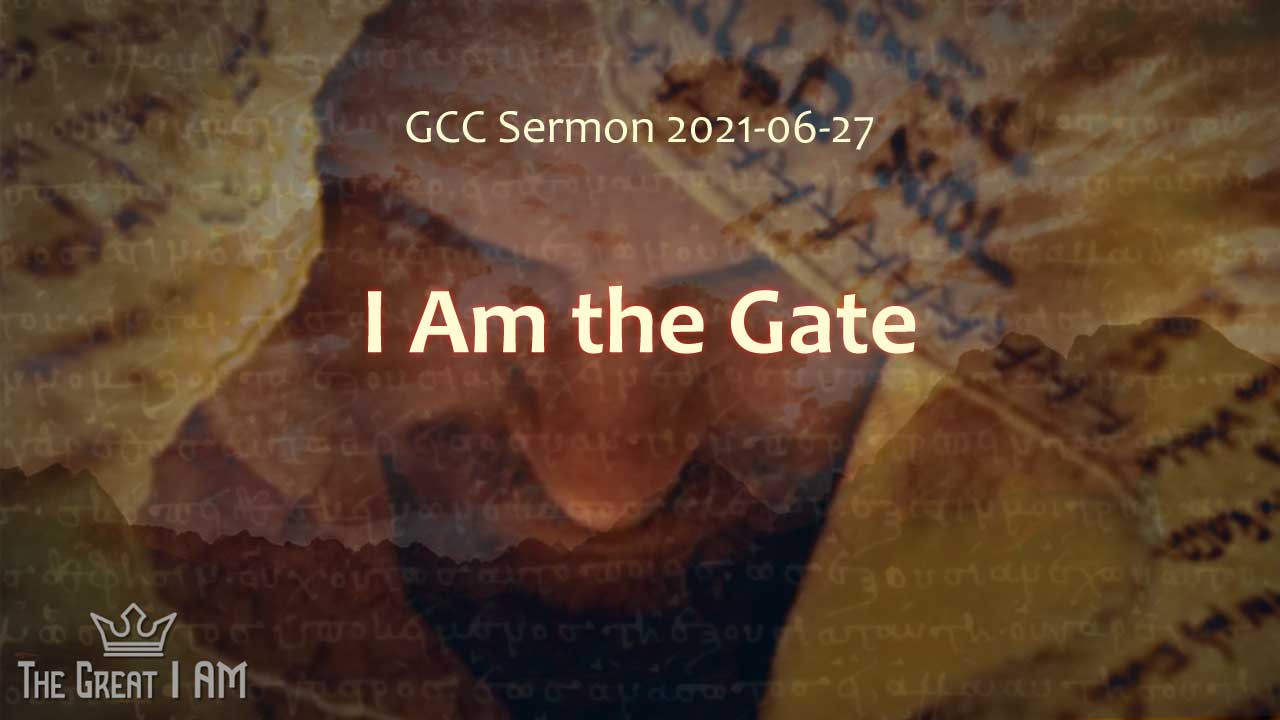 I Am the Gate

The Good Shepherd and His Sheep

“Very truly I tell you Pharisees, anyone who does not enter the sheep pen by the gate, but climbs in by some other way, is a thief and a robber. 2 The one who enters by the gate is the shepherd of the sheep. 3 The gatekeeper opens the gate for him, and the sheep listen to his voice. He calls his own sheep by name and leads them out.