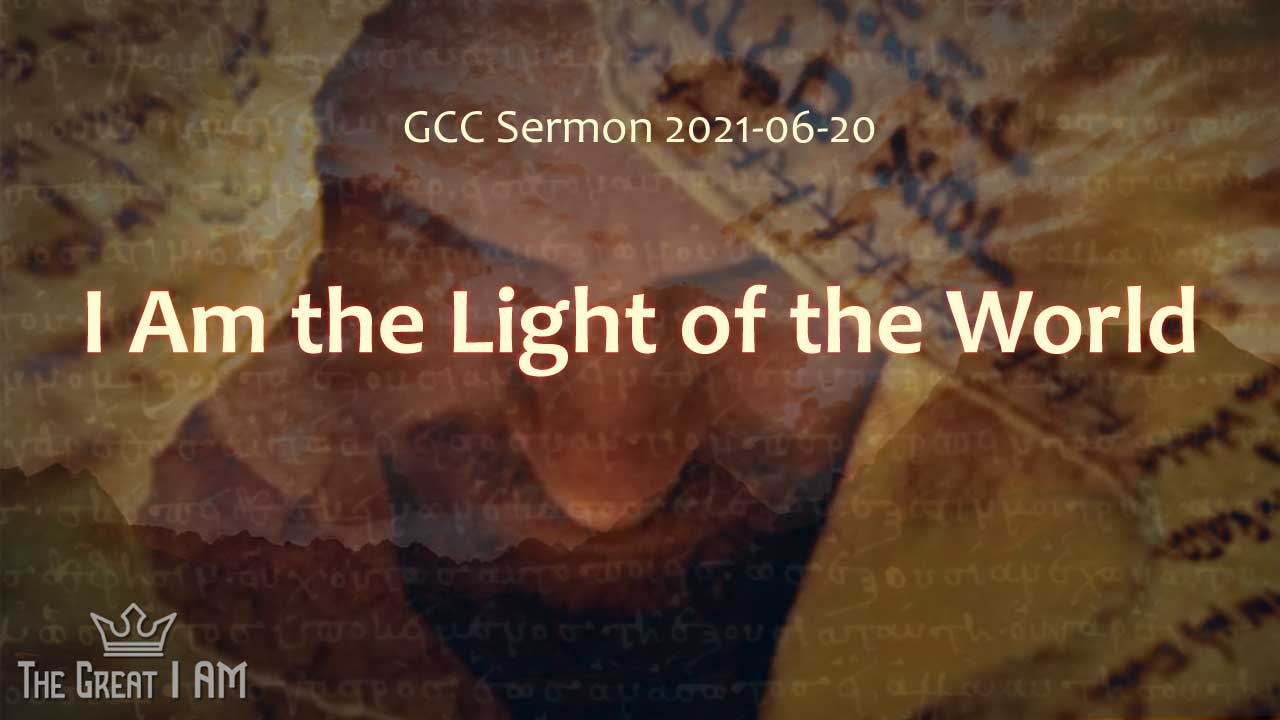 I Am the Light of the World

12 When Jesus spoke again to the people, he said, “I am the light of the world. Whoever follows me will never walk in darkness, but will have the light of life.”

13 The Pharisees challenged him, “Here you are, appearing as your own witness; your testimony is not valid.”

14 Jesus answered, “Even if I testify on my own behalf, my testimony is valid, for I know where I came from and where I am going. But you have no idea where I come from or where I am going. 15 You judge by human standards; I pass judgment on no one. 16 But if I do judge, my decisions are true, because I am not alone. I stand with the Father, who sent me. 17 In your own Law it is written that the testimony of two witnesses is true. 18 I am one who testifies for myself; my other witness is the Father, who sent me.”

19 Then they asked him, “Where is your father?”

“You do not know me or my Father,” Jesus replied. “If you knew me, you would know my Father also.” 20 He spoke these words while teaching in the temple courts near the place where the offerings were put. Yet no one seized him, because his hour had not yet come.

Dispute Over Who Jesus Is

21 Once more Jesus said to them, “I am going away, and you will look for me, and you will die in your sin. Where I go, you cannot come.”

“Just what I have been telling you from the beginning,” Jesus replied. 26 “I have much to say in judgment of you. But he who sent me is trustworthy, and what I have heard from him I tell the world.”

27 They did not understand that he was telling them about his Father. 28 So Jesus said, “When you have lifted up the Son of Man, then you will know that I am he and that I do nothing on my own but speak just what the Father has taught me. 29 The one who sent me is with me; he has not left me alone, for I always do what pleases him.” 30 Even as he spoke, many believed in him.